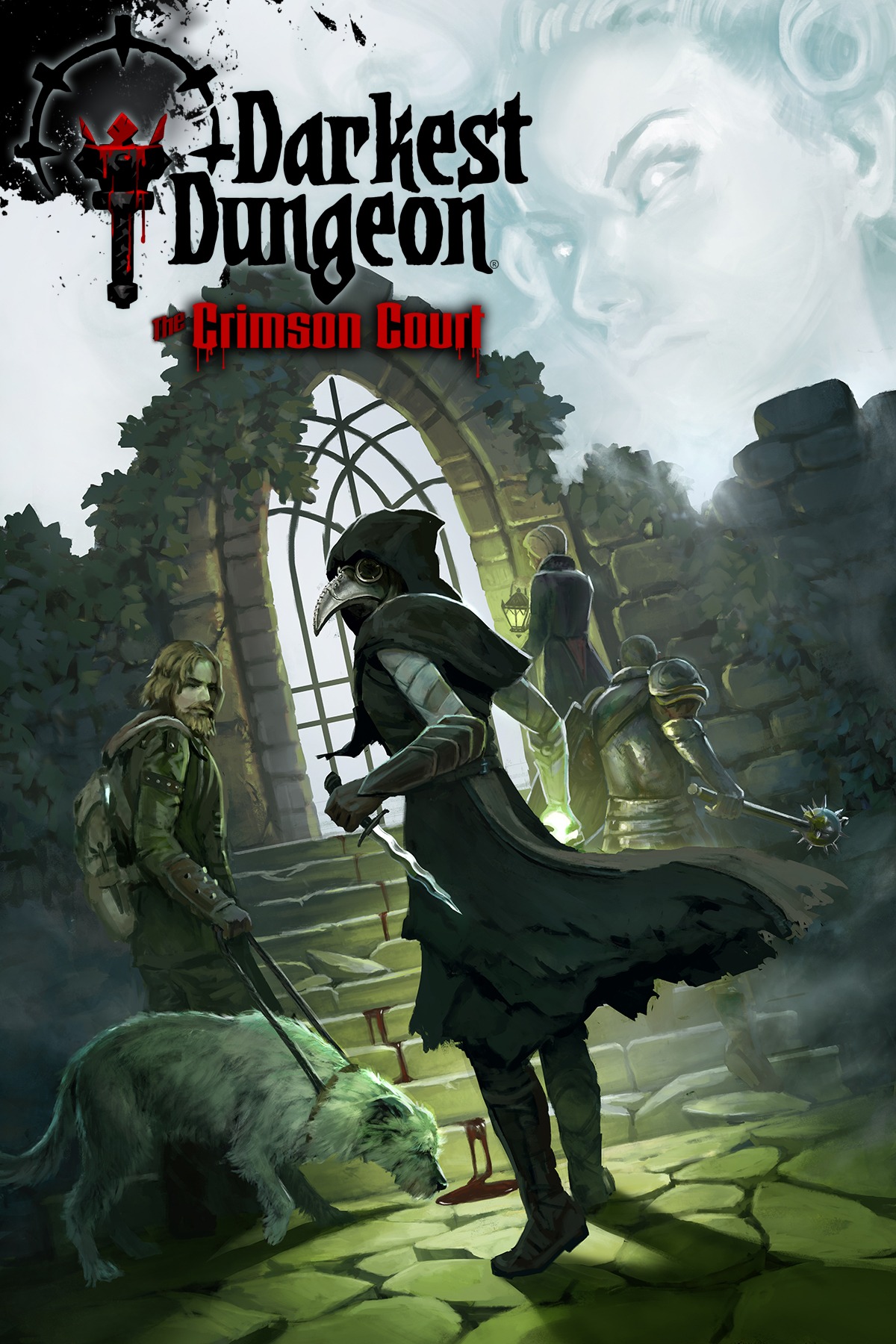 “That we are capable only of being what we are remains our unforgivable sin.”

Gird yourselves for a bloody campaign against the mist-shrouded menaces that lurk behind the Courtyard gate.

Darkest Dungeon’s first expansion, The Crimson Court, is scheduled for release on PC/Mac/Linux (Steam, GoG, Humble, Twitch) on June 19th 2017, and will cost $9.99 USD. We do not have a hard date for PSN owners, but we are targeting the following month.  Inevitable issues result from releasing to a wide audience, and we want to make sure our console build benefits from the hotfixes we’ll be pushing to Steam as issues are discovered. (It’s a longer process to release hotfixes on PSN.)

At Red Hook, we’re working around the clock on the exciting new content and features that will be coming to Hamlet next month. Drawing hands are sore, spreadsheets are bursting with data, and eyes are blurry, but our own excitement is pushing us ever forward!  We’ve been pretty tight-lipped on details but we’ll be revealing more information in the coming weeks including screenshots, boss teases, and a comprehensive look at the new class.

In case you’ve missed some of the earlier announcements on what to expect, let’s recap:

For now enjoy this amazing promo art we commissioned from Leesha Hannigan! Be sure to follow her on twitter and let her know how awesome this poster is. We have more amazing commissioned posters that we will be releasing on the run up to Crimson Courts release! So stay tuned.

Be sure to wishlist the Crimson Court DLC on Steam today!

This topic contains 17 replies, has 13 voices, and was last updated by

The forum ‘The Tavern’ is closed to new topics and replies.