Warning: "continue" targeting switch is equivalent to "break". Did you mean to use "continue 2"? in /home/seangreen/archives.darkestdungeon.com/wp-content/plugins/jetpack/_inc/lib/class.media-summary.php on line 77

Warning: "continue" targeting switch is equivalent to "break". Did you mean to use "continue 2"? in /home/seangreen/archives.darkestdungeon.com/wp-content/plugins/jetpack/_inc/lib/class.media-summary.php on line 87

Warning: count(): Parameter must be an array or an object that implements Countable in /home/seangreen/archives.darkestdungeon.com/wp-includes/post-template.php on line 284 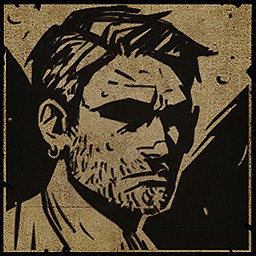 Chris Bourassa (@BourassaArt) has been a professional art director and concept artist for 12 years, contributing to a wide variety of videogames, animated TV shows, and pen-and-paper games.  His credits include co-creating the "Monster Lab" videogame IP (PS3/Wii/DS) at Backbone Entertainment, assuming the character art direction respsonsibilities for Propaganda Games' ill-fated 'Pirates of the Caribbean' title, and art directing the acclaimed reboot of the animated series "Max Steel".  He loves all things dark and macabre, and his favorite game is Thief 2. 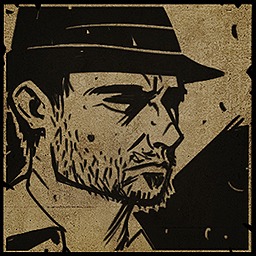 Tyler Sigman (@TylerSigman) has designed or executive produced over 15 published video and boardgames, including the BAFTA-nomninated turn-based "Age of Empires: the Age of Kings DS", the award-winning twin-stick dragon shooter “HOARD”, and the boardgame “Crows.”  He loves the intersection of game design, business, economics, and game theory. His favorite game of all time is Sid Meier’s Pirates! for C-64. 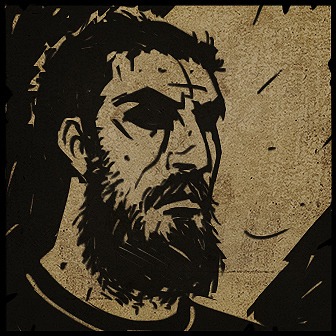 Keir Miron (@KeirMiron) is a generalist coder who has been making games full-time for 5 years since going to school for game programming.  In those 5 years he has worked on 5 released games across 7 platforms--most recently "Nitro" (IOS) and "HOARD" (Steam/PS3).  He enjoys gameplay programming the most, but jumps in whereever is needed.  His favorite game of all time is Burnout Paradise. 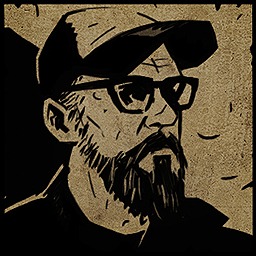 Brooks Gordon (@thebrooksgordon) started working in the video game industry 15 years ago as an animator, but his computer science background eventually lured him back into more technical roles as a rigger, a technical artist, and as pipeline/tools programmer.

His credits include numerous NHL and NBA titles, Propaganda Games' remake of Turok and it's inauspicious 'Pirates of the Caribbean' game (where he met Chris).  He has also worked on a handful of movies, such as Thor and Transformers 3, after a brief stint in visual effects.

Brooks is a huge fan of pen and paper role-playing games, and if he had to choose a favourite video game, then he would say it was probably Jagged Alliance 2 (which he has fired up at least once a year since 1998).

Pierre began his career in the games industry 15 years ago working as a one man show on the humble Gameboy Colo(u)r. Since then, he has held various positions including lead, gameplay, rendering and general all around good guy in over 15 shipped titles across countless platforms.

Since picking a favo(u)rite game would certainly cause Pierre to go into an endless loop, it is easier to say that he often reminisces about dark times back in Hyrule, driving off the Rainbow Road, turning anything with Bloodlust into innocent sheep, getting a shotgun blast to the face on Lockout and riding a green dinosaur while wearing a yellow cape. 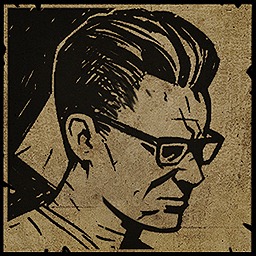 Stuart Chatwood (@chatwood) composes the music for Darkest Dungeon, and is the team’s only bona fide Rock Star.  Stuart is best known as the bass guitar and keyboard player for the multi-platinum Canadian rock band The Tea Party.  However, he also has contributed heavily to the videogame scene, having composed music for eight Prince of Persia games beginning with "Prince of Persia: The Sands of Time."  Stuart's love of things dark and Gothic as well as his varied use of exotic instruments makes him a perfect fit for the vibe of the game. 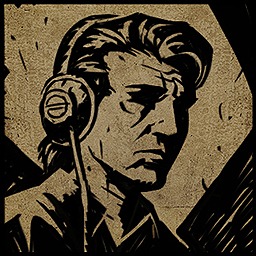 An accomplished vocalist, drummer, audio producer, and narrator, Wayne supplies narration for commercials, films, trailers, promos, videogames, and documentaries.  His audiobook narrations can be heard on Audible.com, iTunes, WeirdAudioBooks.com, and Amazon.com.  Wayne resides both in Conneticut and in a perpetual state of affliction. 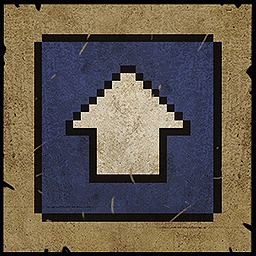 Power Up Audio (@PowerupAudio) is the partnership between Jeff Tangsoc and Kevin Regamey, sound designers that have contributed to the audio over 200 published games in the industry. Since its inception last year, Power Up has been making their mark on the local Vancouver scene, working on games such as TowerFall, Crypt of the NecroDancer, Sword of the Stars: The Pit, and Sky Pirates of Neo Terra. Jeff's preferred games are of the JRPG persuasion, citing Final Fantasy IX as his all-time favourite, while Kevin enjoys the masochistic art of speedrunning the most difficult of games, his current game of choice being Spelunky. Both enjoy a hot bowl of ramen after an arduous row in the dungeons. 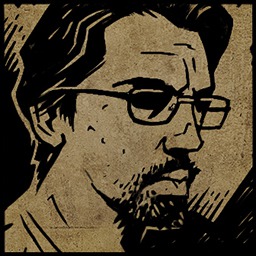 Sean Green (SneakyPie) has been in the graphic and web design industry for over 5 years and has even won an award or two. Pretty fancy. While his career is in design, his passion is in video games and community building always eager to lend a helping hand.

Should you notice anything on the site not behaving like it should, he would love to hear about it.

His favorite game of all time is Baldur's Gate 2.