1 Million Copies and the Road Ahead

Home / 1 Million Copies and the Road Ahead

1 Million Copies and the Road Ahead

With the recent launch on PlayStation 4 and PS Vita, Darkest Dungeon has now sold more than one million copies.

We remember reading this article from Yacht Club Games, makers of the amazing Shovel Knight and appreciated their transparency about hitting 1MM copies. So this is a gesture to continue what they, and other developers, started.

There are a lot of things we can say about hitting the one million copies threshold, but none of them truly encapsulate the event. We are humbled, grateful, excited, freaked out, dizzy…

More than anything, though: WE THANK YOU!

We were going to post a pie chart with sales breakdown by storefront, but the reality is that Steam accounts for the vast majority of our salesup to this point. Steam is obviously an enormously popular storefront, but there are a few other reasons for this lopsided number as well: 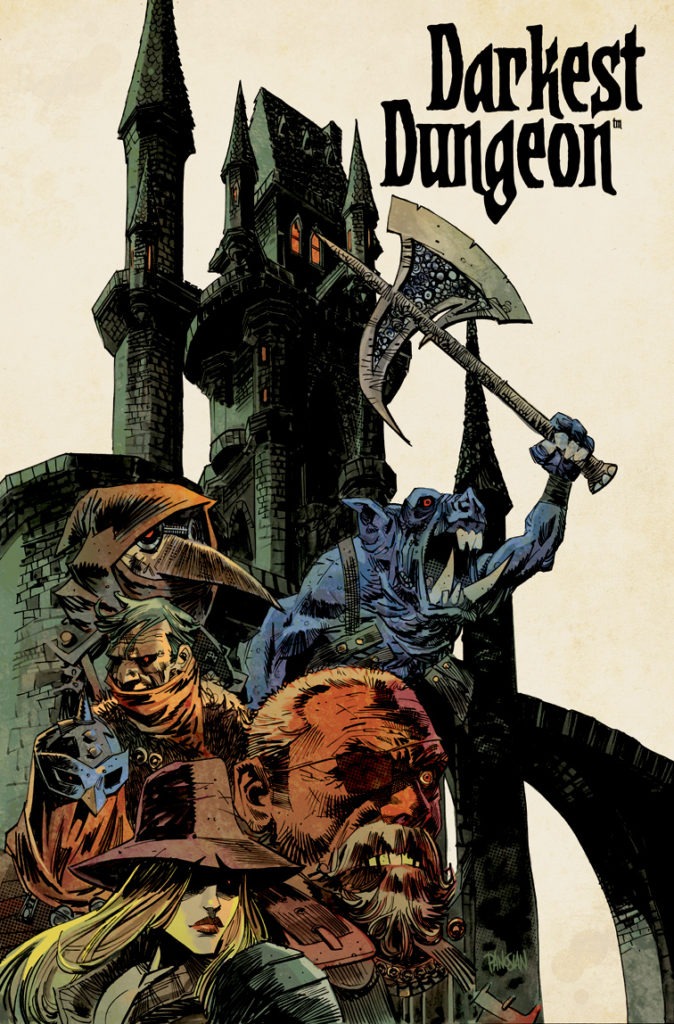 We do have some charts to share! First is our sales chart (top) and our concurrent users (bottom) on Steam since our Early Access launch.

As you can see our EA launch was incredible! But something that we are proud is that our peak concurrent users happend on our full release on Jan 19th. While our full release wasn’t as high of a peak as our EA release, you can see a really solid sale period (Steam Holiday Sale) leading up to the release in January.

While the majority of our sales come from the United States, there are many regions in which our game has done well in. This is in part why we pushed hard to localize the game in 7 languages at launch, and plan to add more in the future. 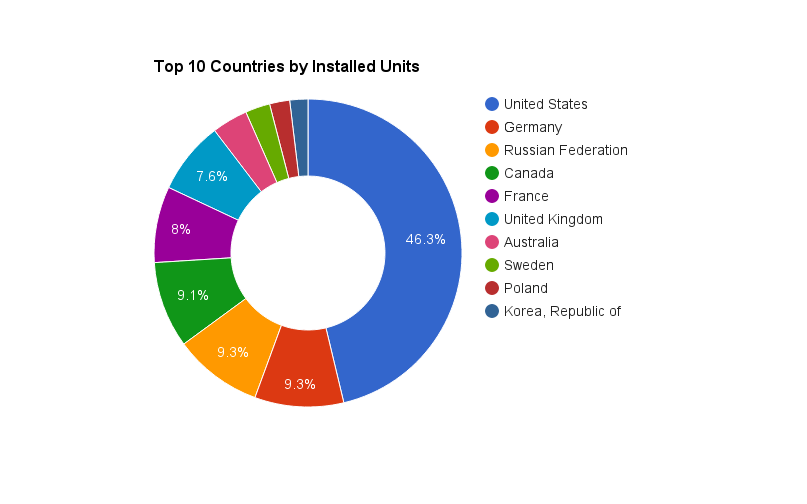 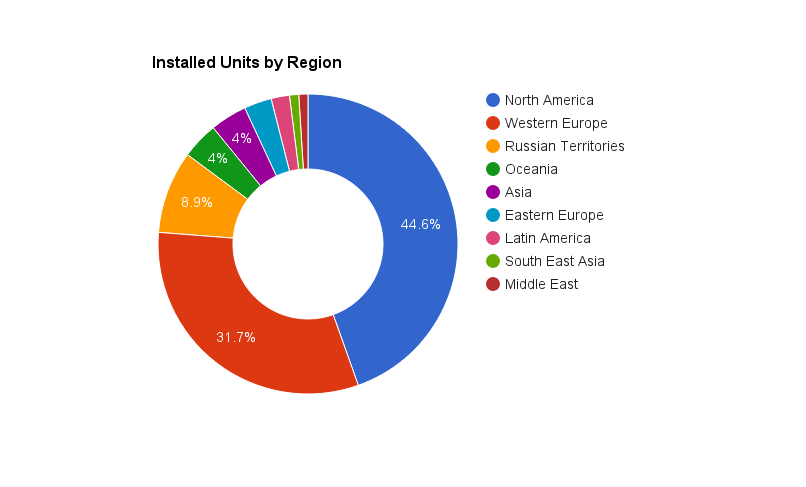 Random Factoid: Per SteamSpy, the average owner has played 27 hours of Darkest Dungeon.

The Bit about History

In 2013, we broke ground on DD because we were intensely passionate about the idea, and hoped that a robust but niche RPG audience might find it interesting to embark on a merciless and dark exploration into what it truly means to be a hero. It would be an RPG about the sword arm, not the sword. Only in our wildest dreams would the game find an audience of the size that it has.

Our goal was always to make the game without diluting our original creative vision, and then let it succeed or fail based upon its own merits. We are beyond happy that people have found it captivating.

From the first announcement and release of the “TERROR AND MADNESS” trailer through the recent PlayStation launch, we have been excited to see the game resonate.

The Bit about Adventures Ahead

Thanks to your support, and the game’s success, there are some exciting things ahead. As you might have seen, we recently announced the first DLC, “The Crimson Court”, coming in early 2017.

Steam Workshop support has long been on our to-do list, but we needed to finish the core game before doing it. Official modding support is coming! We can’t wait to see what the community comes up with.

Other platforms that might be a fit for DD are high on our list. Tablet immediately comes to mind; as it turns out, we accidentally designed a pretty cool touch interface from the beginning! Other console and handheld devices remain interesting as well, and we’d like to get the game to as many potential fans as possible.

Official Merch, starting with our final Kickstarter rewards (Art Prints, Art Books, Dioramas) is high on our mind. We have some things in the pipe already, but we invite interested partner companies to propose co-productions at the business inquiries line in the signature block of this post.

Last, but not least, we can confirm that Red Hook will most certainly be making another game.

“Game 2” hasn’t begun production yet, and this in no way means that we are done supporting or adding to Darkest Dungeon. But as long as you keep supporting what we do, we want to keep making things for you! It is not hyperbole to say that we are doing our dream jobs, and we love what we do. We also specifically love Darkest Dungeon, despite the fact that we, too, sometimes lose our favorite heroes and want to destroy our keyboards. We get Afflicted from time to time during development, though we aren’t quite ready to share with you what each of our predominant Afflictions are! 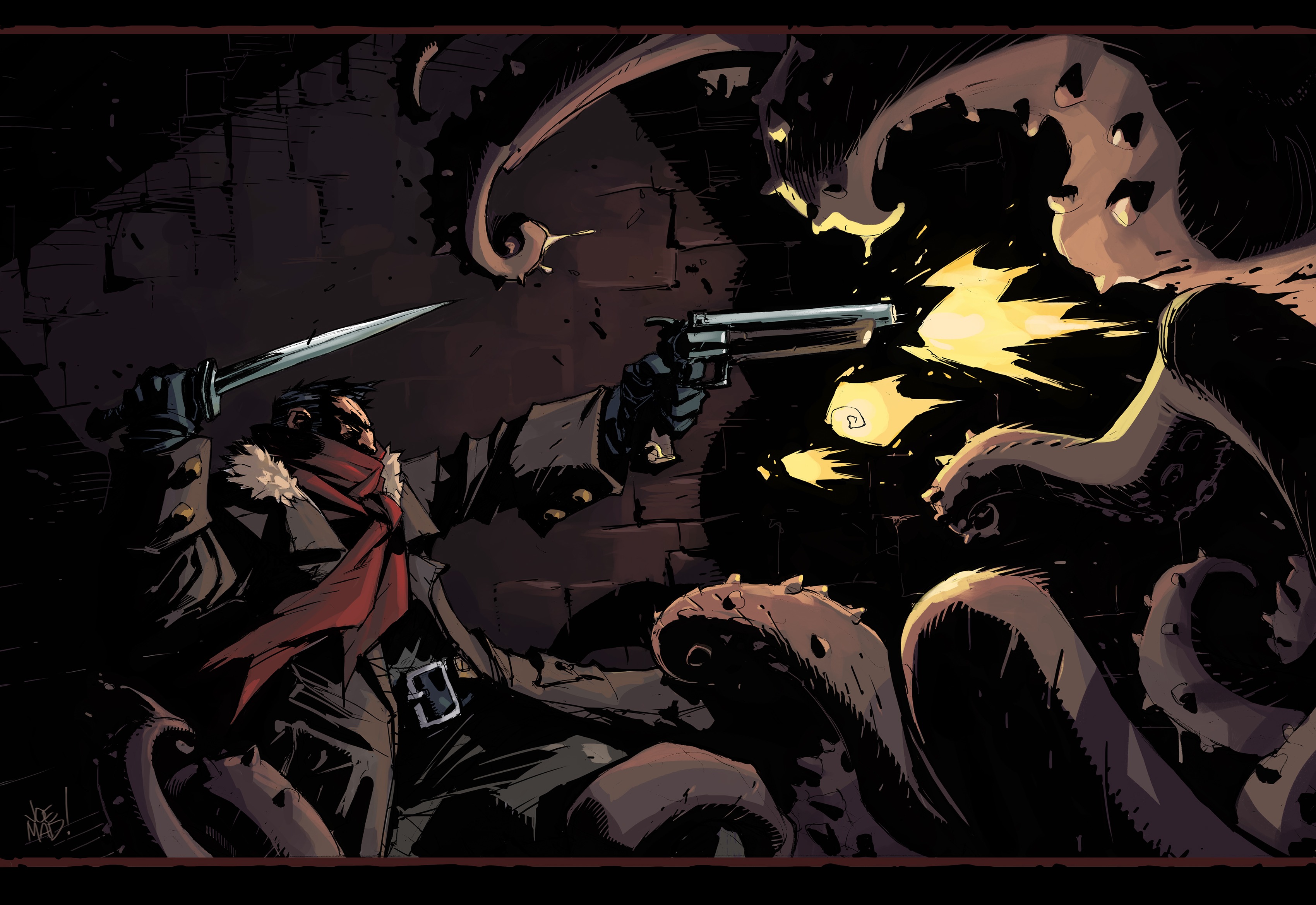 The Bit about the Thanking

We want to extend a special thank you to our Kickstarter and Humble Widget backers. Without you, this game simply could not have been made the way it was. Although we have now delivered on the vast majority of rewards, we still have our prints, dioramas, and art books to make–and we are ridiculously excited to start manufacturing of those soon! Stay tuned for details. We are working on them.

We would also like to thank so many wonderful people and organizations that were involved in helping us get to this point. Here are a few, but the list is by no means complete: dear friends at IndieMegaBooth, Valve, Sony, Humble, GOG, Apple… we began listing all the other independent developers that we owe thanks to, but the list was getting super long and we still are afraid of forgetting people that have been incredibly important and helpful. So let’s make the thank you general and widespread: if you know us and have helped us, you know what we are thankful for.

Darkest Dungeon has already been a ride beyond our wildest expectations. We hope you continue with us into all the uncharted realms ahead. Until then, cinch your harness, ready the anti-venom, and continue the good fight…or douse the torches and search dark corners for gold. The choice is yours…

This topic contains 9 replies, has 10 voices, and was last updated by